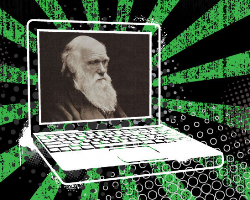 We recently attended the ShropGeek Event

We recently attended the ShropGeek event on: The Theory of (R)Evolution. Tickets quickly sold out for the event (which was only advertised on Twitter) showing the demand for this kind of event in the local area and also the power of social media.

There were three speakers at the event. Zach Beauvais from Talis spoke on the open data with the semantic web. Katy Cowan from BoomerangPR spoke about how she had an idea that grew into Creative Boom, an online magazine for the creative industries throughout the UK. And the final speaker was Dan Catt, web developer from the Guardian newspaper, who was highly entertaining!

For further information and photos of the event, go to the: ShropGeek Revolution Website.

Jelly is a casual co-working event, where home workers, freelancers, small business owners and office workers can get together with their laptops to have a change from their usual working environment, meet some new people and work together in a social environment.

Here's what we said about it: