On the 30th November 2012, Unheard Shropshire and County Channel TV are broadcasting a live telethon of amazing music in aid of the Lingen Davies Cancer Fund. 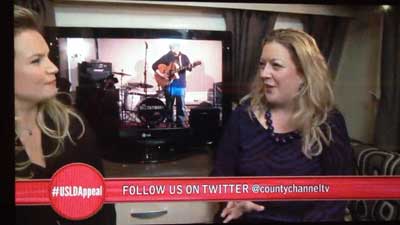 Here's two music videos from the live telethon we did for the #USLDAppeal if you look closely you'll see Hollie waiting to do the social media update in the Jake Flowers video!